Although it looks like Trump would have won in a landslide if it weren’t for all of the election fraud that seems to keep piling up, he would have had even more votes had people known about the Hunter Biden scandal.

Many Joe Biden supporters said they would not have voted for him if they knew about his ties to China.

According to a McLaughlin & Associates poll done for the Media Research Center, 36% of Biden voters were not aware of the scandal. And 13% of those said they would not have voted for Biden had they known. 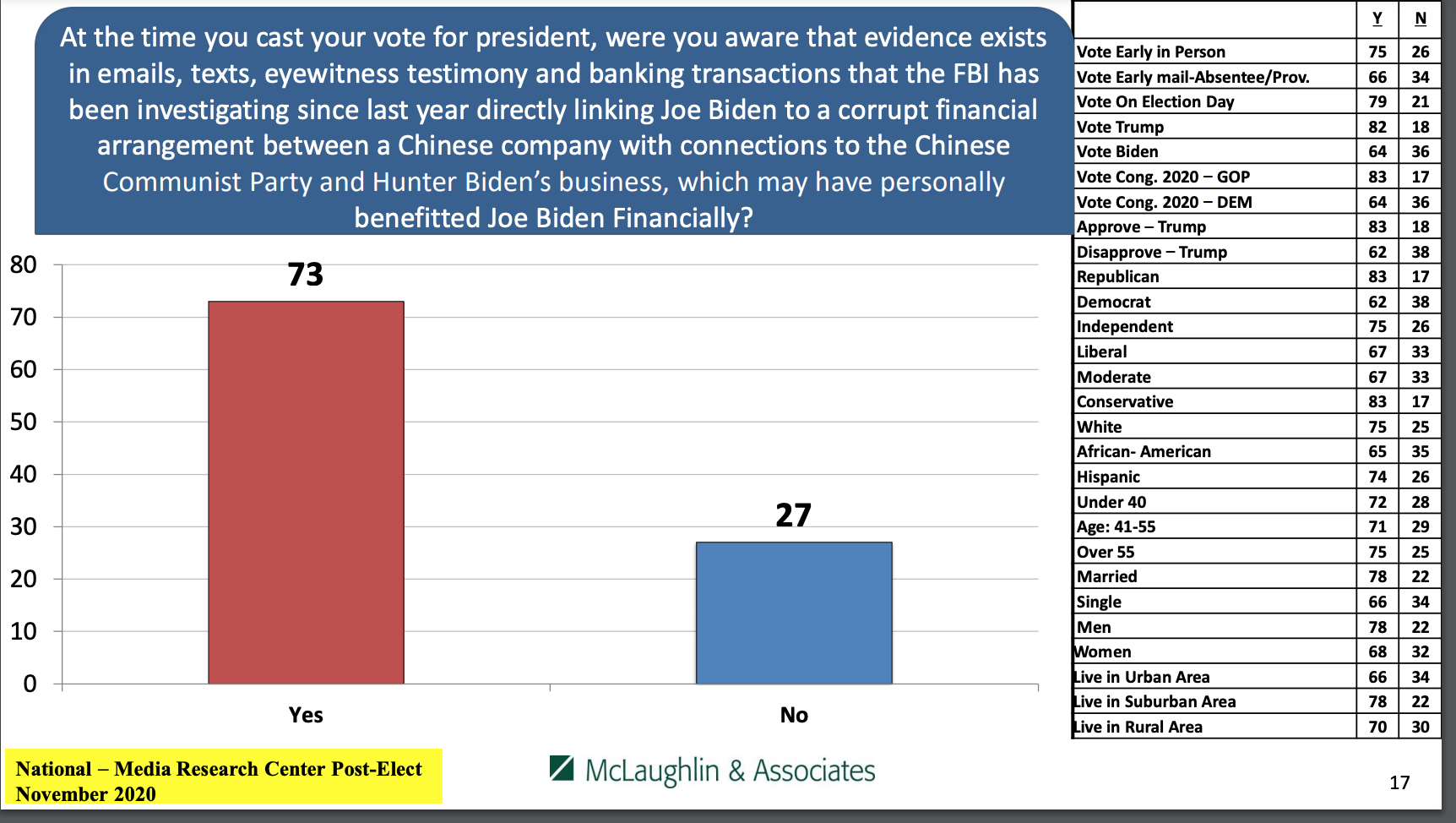 “Such a shift away from Biden would have meant President Trump would have won the election with 289 electoral votes,” said the polling outfit, which did work for the Trump campaign in 2016 and this year.

The story was not covered much in non-conservative media, and Twitter and other social media platforms banned many of the reports on their sites. 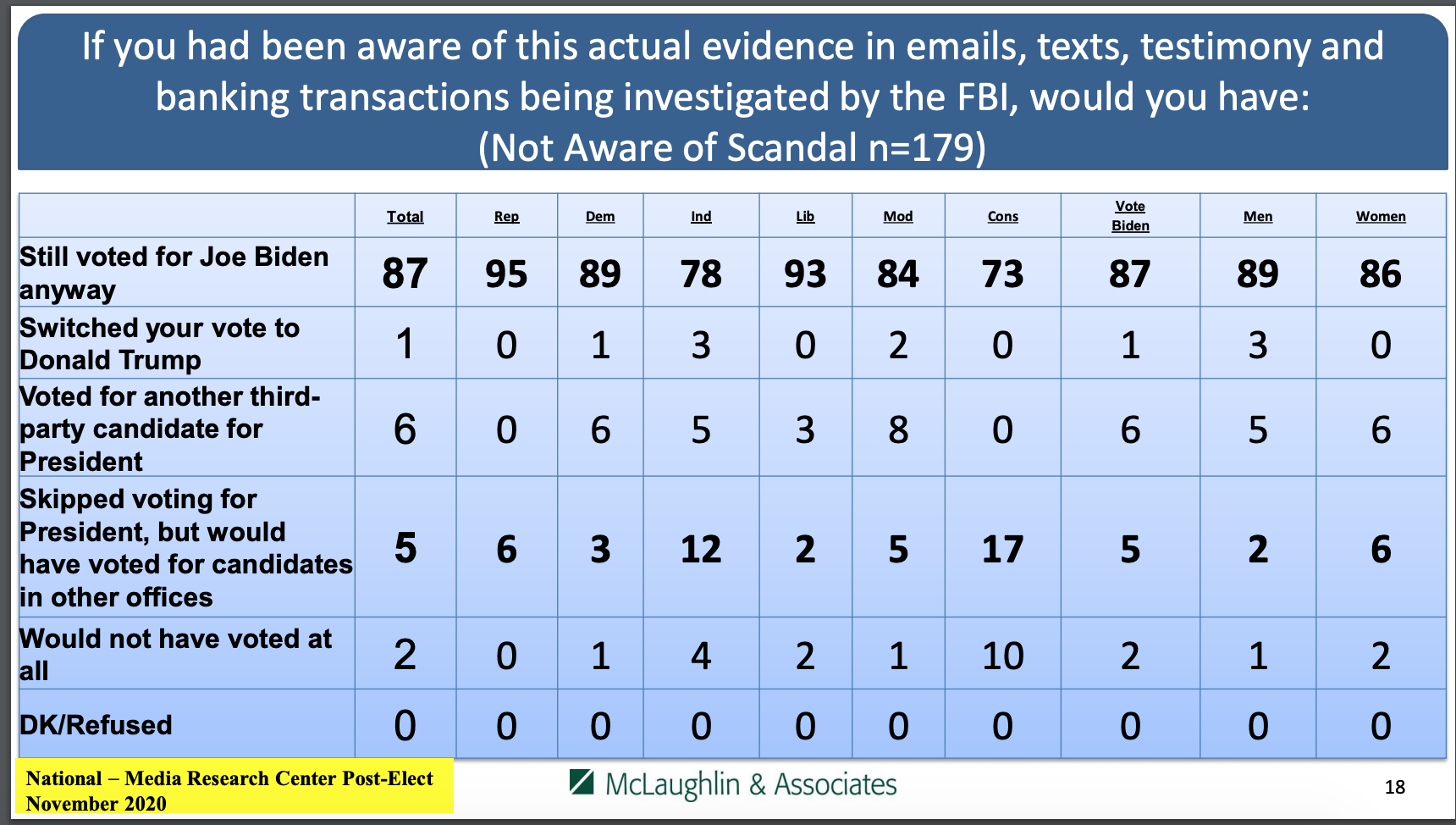 Sen. Lindsey Graham had predicted that Hunter Biden’s newly discovered business deals overseas while his dad was vice president would swing the election.

“Now we know the impact of that cover-up,” said MRC President Brent Bozell, adding, “4.6% of Biden voters say they would not have voted for him had they been aware of evidence of this scandal. This story would have potentially changed the outcome of this election. The media and Silicon Valley were fully aware of this, so they actively tried to prevent it from reaching the American public. The American people deserved to know the truth; now it’s too late.”

Hopefully with the amount of evidence being found on election fraud, it will not be too late and the true winner of the election will be declared.