A months-long investigation by Townhall.com has revealed highly disturbing findings regarding “an affluent LGBTQ-activist couple accused of” doing horrible things to their two adopted sons.

The married male couple adopted the boys through a special Christian special-needs agency, and not only where they raped, but they also ‘pimped’ the two young boys out to nearby pedophiles around Atlanta, the follow-up investigation found.

“Recorded jailhouse calls, a trove of never-before-seen court documents, and testimony from a family member who spoke exclusively with Townhall uncover the extent of the physical and emotional trauma the two elementary school-aged brothers endured as well as the red flags that the state overlooked during the same-sex couple’s ‘faster than expected’ adoption process,” the site reported, adding:

As Townhall reported in August, the suspects were darlings of the LGBTQ media. They were part of an anti-gay hate campaign promoting “#NOH8,” and Out magazine, which holds the nation’s highest circulation among LGBTQ monthly publications, has repeatedly asked them if its website’s Pride page can feature their photos taken at the Atlanta Pride Parade. 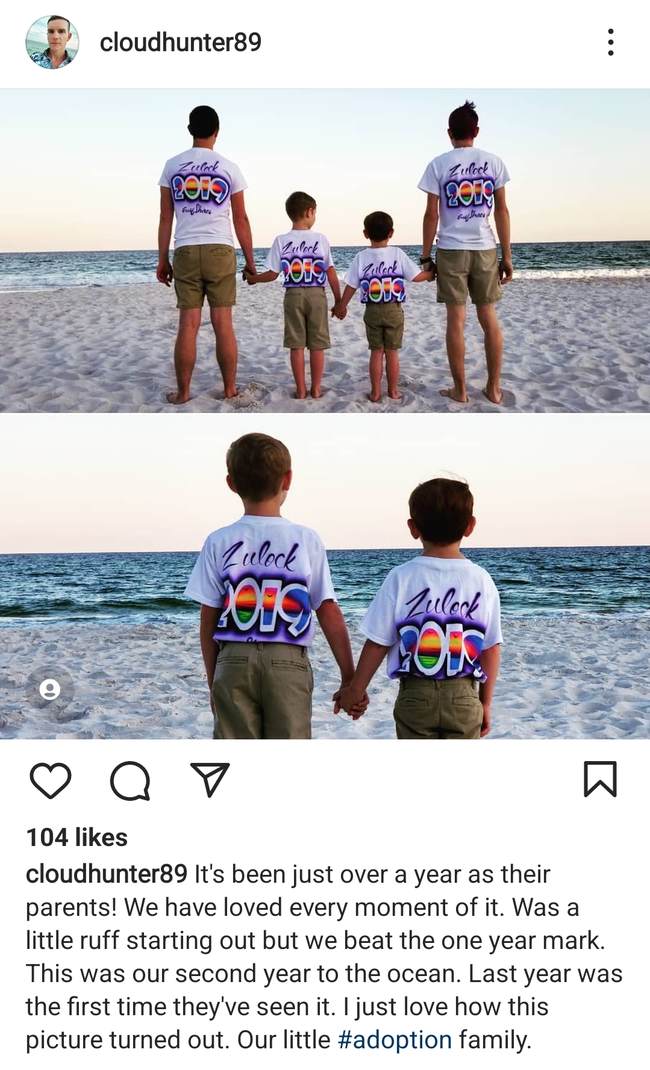 Both are facing nine life sentences, though both have pleaded not guilty in court.

A 17-count indictment obtained by Townhall reveals that the two dads allegedly performed oral sex on their adopted boys and then allegedly forced the boys to do the same to them, while also anally raping them. In at least one case, the rape injured the older boy, who only turned 11 in mid-December. Court records say that the abuse stretches as far back as 2019 and only intensified in the months and years afterward.

“The brothers were enrolled in third and fourth-grade, respectively, before the men were caught in a midnight July bust at the Zulock mansion, which ended with Zachary tackled to the ground and William hauled out of the house naked by armed officers,” the Townhall report noted.

A sworn affidavit states that William admitted forcing his 11-year-old adopted son to engage in an act of sodomy, a.k.a. “oral copulation,” on him “with the intent to satisfy his own…sexual desire.”

A criminal affidavit that has been updated also says that the abuse was videoed by Zachary, who is William’s husband, “with whom he routinely engaged in sexually abusive acts” on the boy.

Zachary, who was the household’s breadwinner, also confessed to taking the videos. Police found a folder on his cellphone that was labeled “US” containing videos of William involved in acts of sexual abuse with their child.