New York City has not been short on liberals for decades, but you wouldn’t know that by all of the current uber-left-wing posturings that are going on around the city regarding many of its legacy learning institutions.

Collegiate School, one of the oldest and most elite in Manhattan, established a special task force — not even kidding — and then spent the past three years debating the institution’s “Dutchman” mascot and motto before issuing a 400-page report (again, not even kidding) “that’s a lesson in wokeness-run-amok, critics say,” the New York Post reported.

The Herculean effort at PC reform led the $60,000-a-year Upper West Side school to not only drastically alter its playful, winking mascot image — but also toss “God” from its motto and even “A.D.” from its seal, deeming both potentially offensive.

The K-12 school — which counts John F. Kennedy Jr. and David Duchovny as former students — began probing its “history and symbols” in 2019.

The 394-year-old institution tapped a 17-person task force — including Regina Lasko, the wife of David Letterman — to update its brand to help “combat within Collegiate the institutional and other racism that pervades so much of our society.”

The group issued a 407-page report in 2020 that advised the school to refresh its image. 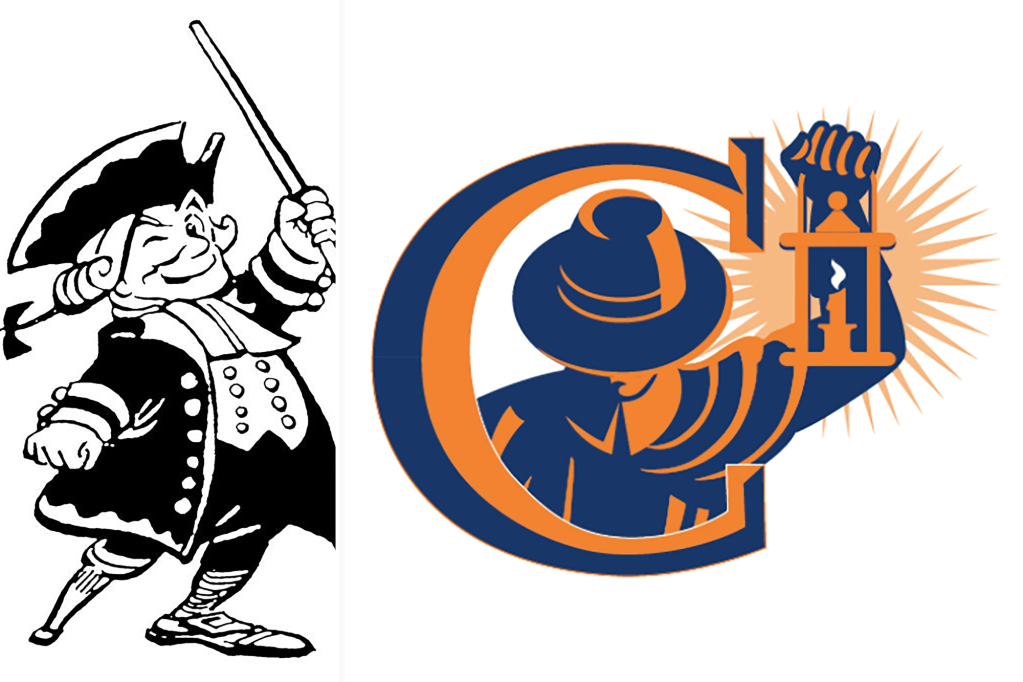 “A lot of folks think the whole thing was just ridiculous overkill,” a parent told The Post. “Four hundred pages? For a mascot? A motto?”

Mind you, this school was among the most liberal in the city, but apparently, it’s been run and attended by blatant ‘racists’ for years, if we’re to believe this ridiculous report and its ‘findings.’

The Post went on to report that after a long design and feedback process, Collegiate announced that the prior motto — “Unless God, then in vain” — will be replaced with “Wisdom, Community, Kindness” in Latin (a language that would be dead already were it not for its use in medical terminology).

In addition, as seen above, the school has completely redesigned its long-running mascot, the Dutchman, “after debate over potential feelings of exclusion and excessive Eurocentrism involving it,” The Post reported (though modern America was founded and primarily populated by Europeans).

“The mascot was generally considered to be a representation of Peter Stuyvesant, the last Dutch governor of the New Amsterdam colony,” the outlet reported, adding: “The board ditched an image of the school’s happy-go-lucky Dutchman with a shovel for a wholly modernized character with a face shrouded by a hat.”

School officials said that the new motto language and logo were voted on by 3,000 people who are members of the Collegiate community, and obviously a majority of them are woke leftists who have no regard for tradition and even less understanding of the school’s heritage.

The task force had suggested the school keep the Dutchman mascot as part of tradition, the panel nevertheless urged the institution to present its legacy in a “more complete and historical context” (what could be more ‘historical’ than a representation of Peter Stuyvesant?).

The school had already decided to get rid of the “A.D.” designation in its seal, which was placed after the year the school was founded, 1628. The reasoning? “Anno Domini,” which is Latin for “in the year of our Lord,” is no longer appropriate because Collegiate is secular now.

Finally, the task force also recommended that the institution change its motto to something “which conveys a more inclusive message of aspiring beyond oneself, and is aligned with Collegiate’s Statement of Beliefs.”

“This community worked diligently to design a process that was inclusive of our community, fully aware that a change such as this would garner a range of reactions,” school leaders wrote in last week’s message to parents.

The Post went on to note that the push to change the school’s identity was led by a few staff faculty members and that parents had limited input, which is par for the woke course: A minority shunning history and tradition over phony allegations of ‘racism’ while forcing the majority to just shut up and accept the changes.