A New York City actress has been fired after she engaged in a profanity-laced rant over some street closures in the city due to massive turnout by NYPD’s finest to say goodbye to one of their own who was murdered by a thug earlier this month.

Thousands of New York City cops lined streets for Det. Jason Rivera’s funeral, but because some streets were blocked for a couple of hours, Jacqueline Guzman was ‘inconvenienced’ and took to TikTok to complain — only to delete the vile rant after it went viral.

“We do not need to shut down most of Lower Manhattan because one cop died for probably doing his job incorrectly. They kill people who are under 22 every single day for no good reason and we don’t shut down the city for them,” Guzman, who posts under the handle @vinylboobs, said.

Guzman talked as she took video of herself on Friday walking down an empty street that had been barricaded off ahead of the funeral before panning her camera to reveal the closed thoroughfare. 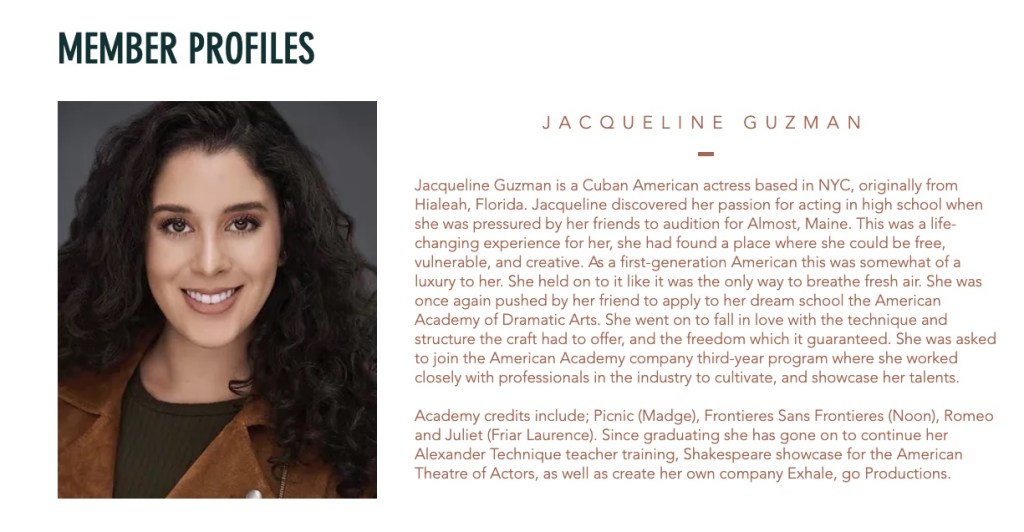 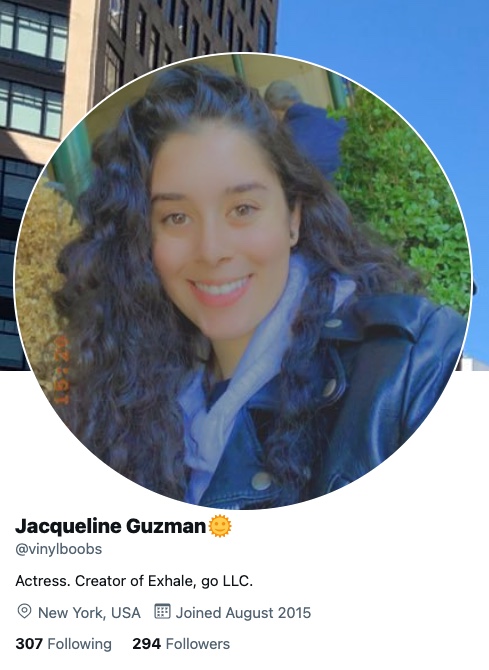 For the record, Rivera’s partner Wilbert Mora, 27, also died of his wounds days after the attack.

Needless to say, condemnation of Guzman’s disgusting comments was swift and brutal.

“New Yorkers turned out by the thousands yesterday to help us honor our fallen brother. One person spreading hate cannot erase that. This kind of garbage has polluted the conversation for far too long. We need the New Yorkers who are standing with us to speak up and push back,” Police Benevolent Association President Patrick Lynch said.

Another Brooklyn officer said the video was “totally disrespectful, not only to the NYPD but to all New York residents and to all humans. If this is the only way she can get publicity, I feel very sorry for her,” according to the New York Post.

After her post, the name of the entertainment company where she worked, Face to Face Films, was also plastered online, which then led to some payback.

“Face to Face Films has just been made aware of an insensitive video involving one of our members, Jacqueline Guzman. Face to Face Films does not support nor can condone these comments made about fallen Officer Rivera. As a result, she is no longer a member of our company,” the filmmaker noted on its Facebook page.

The Post added: “Anthony Laura, the founder of Face to Face, said Guzman was an actress with the film and theater company but declined to say more.”

By Saturday night, Guzman had taken down all of her social media, but not before others chimed in to clap back at her.

Police officers and social media commenters rebuked Guzman’s complaints, calling her “disrespectful” and saying she should be “ashamed” of herself, Fox News noted.

“Twitter is forever. Bless your unemployed heart,” one wrote.

Meanwhile, Christopher Flanigan, who teaches math at Coney Island Prep in Brooklyn according to his LinkedIn page, posted an Instagram story Saturday that appeared to encourage violence against police, The Post reported separately.

According to the outlet, Flanigan “posted an overhead shot of thousands of officers lining Fifth Avenue for Rivera’s funeral Friday St. Patrick’s Cathedral. The post was captioned, ‘5/30/20: NYPD SUV drives into a crowd of protestors. Ideal conditions for reciprocity.'”

He was referencing an incident in which an NYPD vehicle under siege moved through a group of violent demonstrators protesting the George Floyd police murder.

“Then-Police Commissioner Dermot Shea said cops did not use the vehicle in a forceful manner. Former Mayor Bill de Blasio called footage of the incident ‘troubling’ but also blamed protestors for not moving out of the way. No injuries were reported,” The Post noted.

“For a school teacher to condone an act of terrorism is reprehensible. I wouldn’t want him giving my own children instruction of any kind,” a Manhattan cop told the paper.

“You have a city worker wishing physical harm or worse to fellow city workers during a solemn service,“ a Brooklyn cop added. “It is the ultimate act of cowardice.

‘Now Sit With That and Hush’: Columnist Trashes Dr. Ben Carson After He Blasts Biden Over Race-Based SCOTUS Pick